We cannot stress enough that we could not do this alone! Along with our generous donors, our partners make all the difference. They energetically support our program and recognize its positive and rehabilitative effects for both human and canine participants. Our success would not be possible without their many years of devoted collaboration.

Read the story of one lucky Cell Dog finding his forever home! 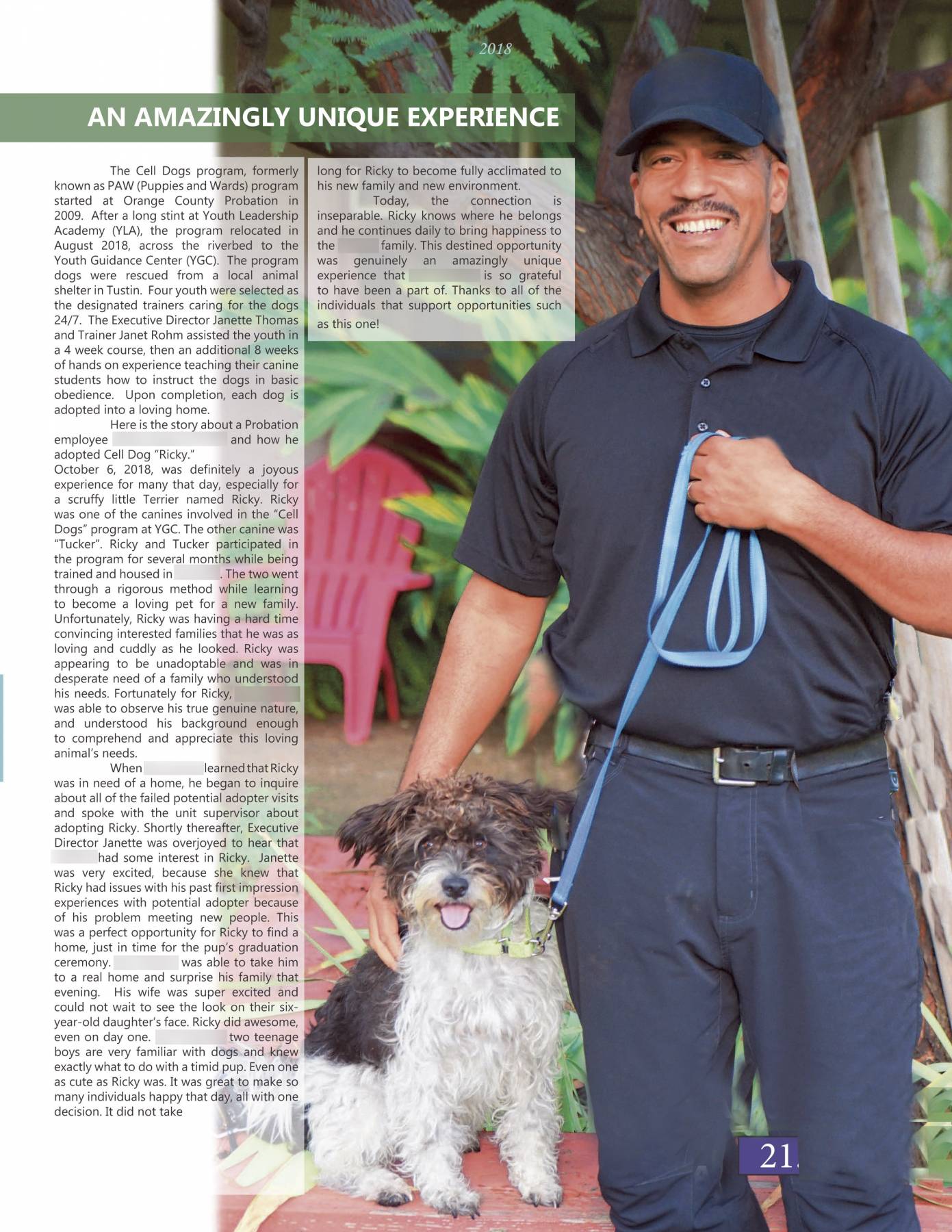 The Cell Dogs program, formerly known as PAW (Puppies and Wards) program started at Orange County Probation in 2009. After a long stint at (YLA) Youth Leadership Academy, the program relocated in August 2018, across the riverbed to the Youth Guidance Center (YGC).

The program dogs were rescued from a local animal shelter in Tustin. Four youth were selected as the designated trainers caring for the dogs 24/7. The Executive Director Janette Thomas and trainer Janet Rohm assisted the youth in a 4 week course, then an additional 8 weeks of hands on experience teaching their canine students how to instruct the dogs in basic obedience. Upon completion, each dog is adopted into a loving home.

Here is the story about a Probation employee and how he adopted Cell Dog “Ricky.” Saturday October 6, 2018 was definitely a joyous experience for many that day, especially for a scruffy little Terrier named “Ricky”. Ricky was one of the canines involved in the “Cell Dogs” program here at YGC. The other canine was “Tucker”. Ricky and Tucker participated in the program for several months while being trained and housed at YGC. The two went through a rigorous method while learning to become a loving pet for a new family. Unfortunately, however, Ricky was having a hard time convincing interested families that he was as loving and cuddly as he looked. Ricky was appearing to be ‘unadoptable’ and was in desperate need of a family who understood his needs.

Fortunately for Ricky, one staff member was able to observe his true genuine nature, and understood his background enough to comprehend and appreciate this loving animal’s needs. When he learned that Ricky was in need of a home, he began to inquire about all of the failed potential adopter visits and spoke with the unit Supervisor, about adopting Ricky. Shortly thereafter, Executive Director Janette was overjoyed to hear that he had some interest in Ricky. Janette was very excited, because she knew that Ricky had issues with his past first impression experiences with potential adopters, because of his problem meeting new people. This was a perfect opportunity for Ricky to find a home, just in time for the pup’s graduation ceremony.

The staff member was able to take him to a real home and surprise his family that evening. His wife was super excited and could not wait to see the look on their six-year-old daughter’s face. Ricky did awesome, even on day one. Their two teenage boys are very familiar with dogs and knew exactly what to do with a timid pup. Even one that was as cute as Ricky was. It felt really good to make so many individuals happy that day, all with one decision. It did not take long for Ricky to become fully acclimated to his new family and new environment. 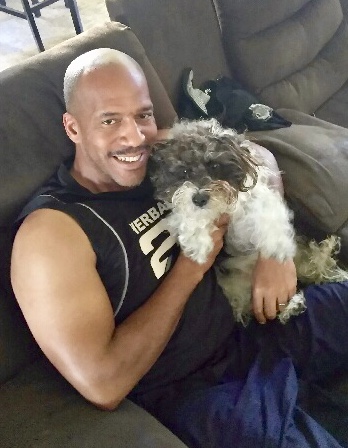 Today the connection is inseparable. Ricky knows where he belongs and he continues daily to bring happiness to his new family. This destined opportunity was genuinely an amazing unique experience, thanks to all of the individuals that support opportunities such as this one! 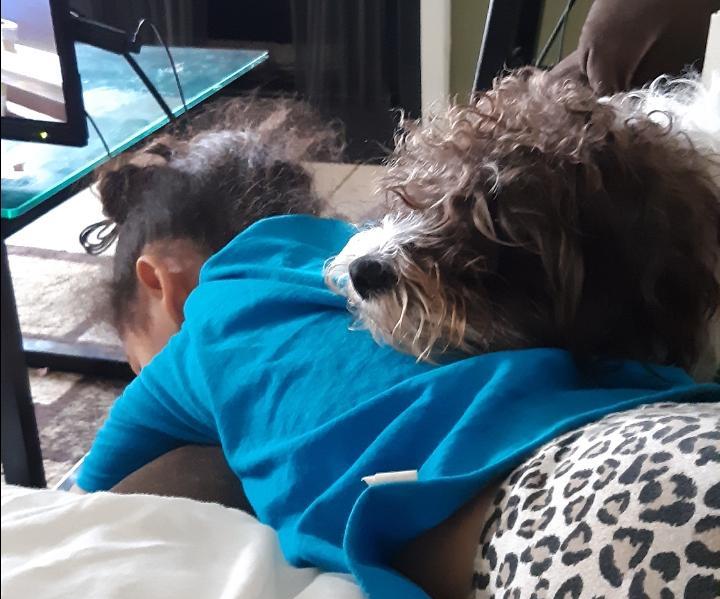