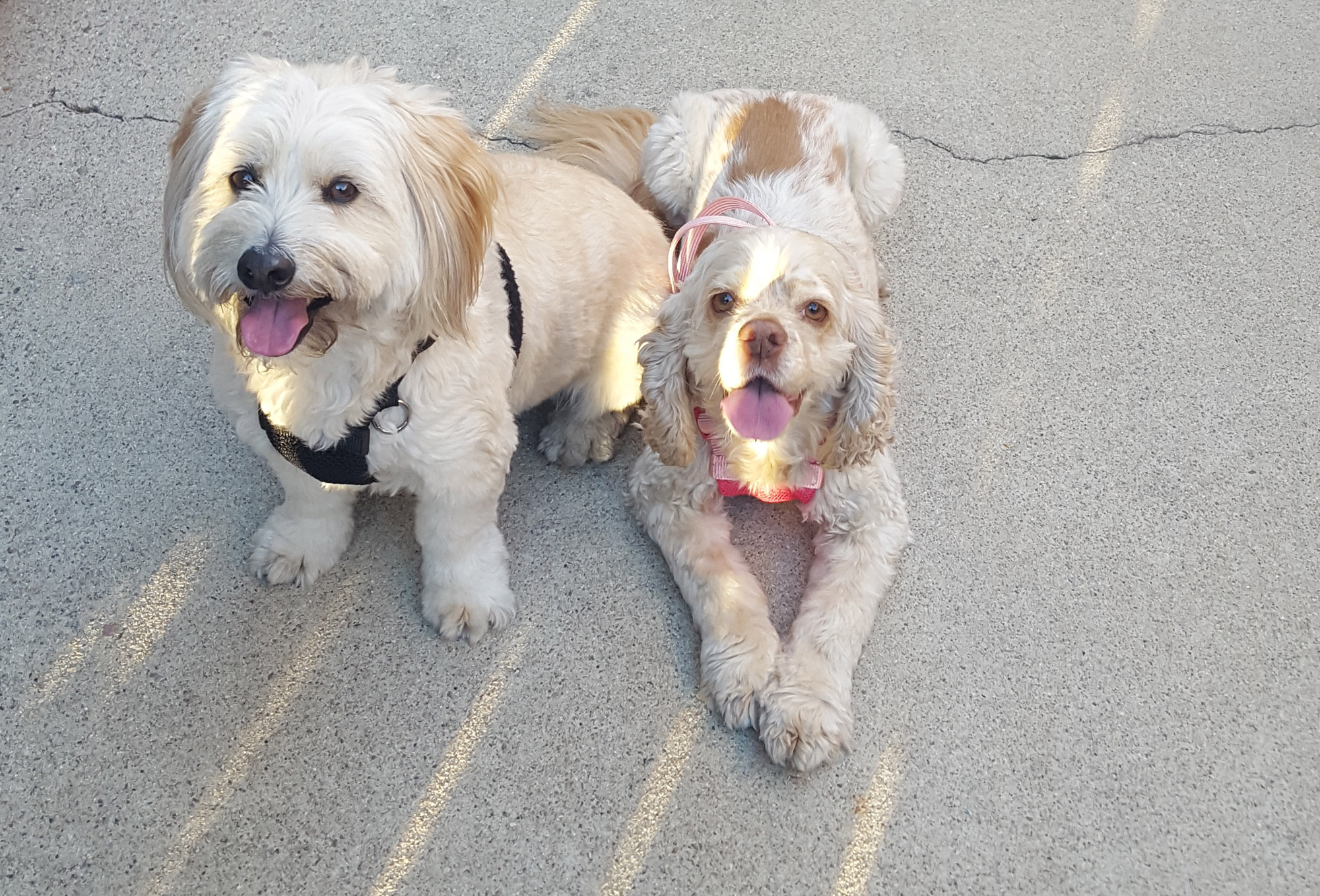 Gracie and Griffin were both adopted several years ago by Most Rev. Kevin Vann, Bishop of Orange County. Over time, the dogs began displaying some undesirable habits. Many people assume that if a dog has initial training, all that schooling will stay with them throughout life. But, similar to humans, dogs who don’t maintain good manners through practice backtrack on what they’ve previously learned. When people neglect training and ignore their dog’s unattractive behaviors, things can get out of hand. And that’s when Cell Dogs steps in for tune-ups. After Gracie and Griffin spent two weeks in bootcamp for a refresher course, their bad habits turned into positive behaviors.