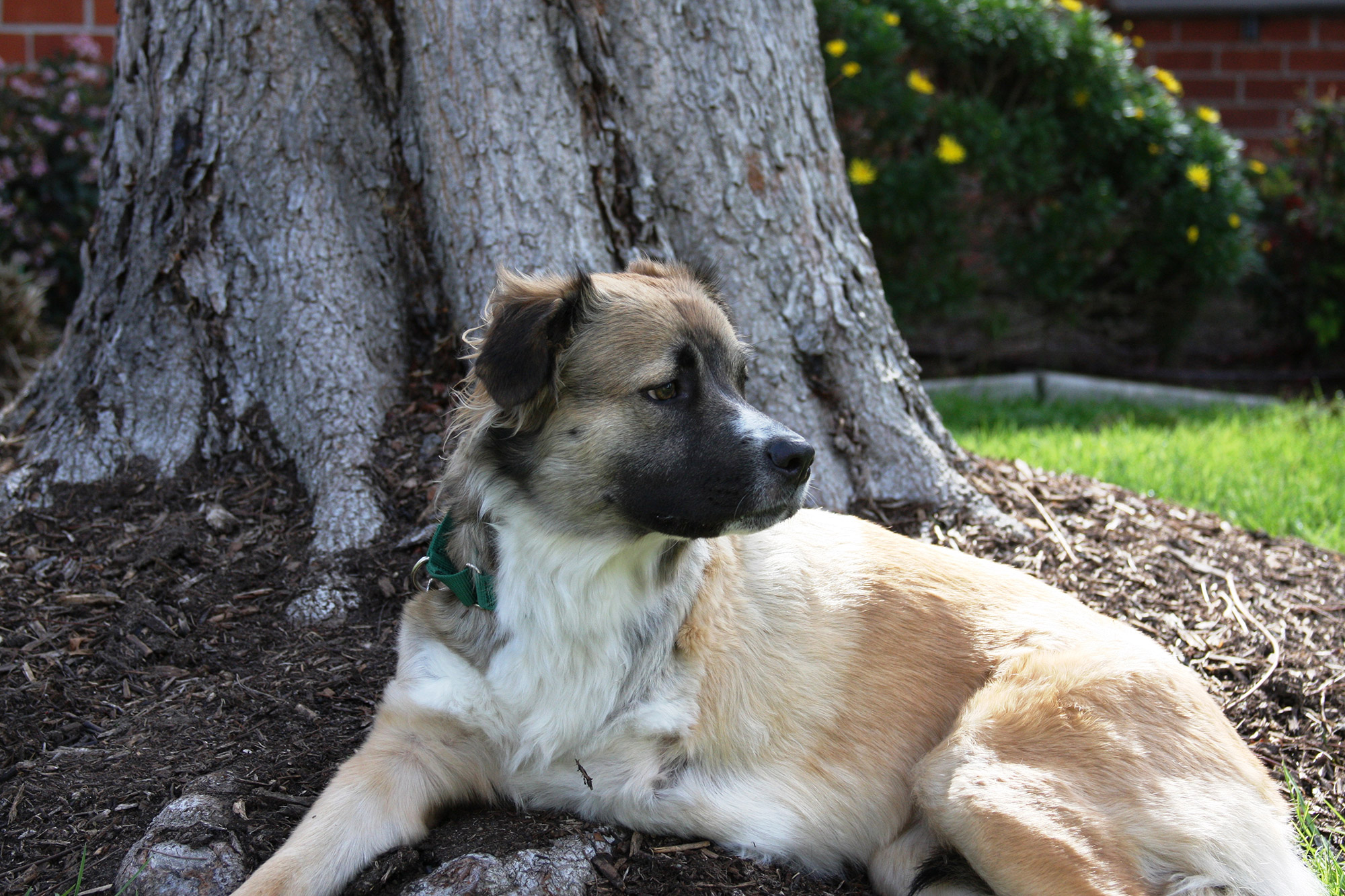 Most dogs come into our program from a local shelter after careful consideration, but sometimes a rescue is a bit more complicated. After suffering from a hit-and-run, Holly was an awful rolling bundle smack in the middle of a busy intersection—and that’s when Hannah first spotted her. She immediately scooped up the seriously injured dog and drove to her husband’s veterinarian office.

With professional medical assistance from Hannah and Dr. Woods, Holly (named for the upcoming 2016 holidays) made it through the night. Then the couple contacted Janette Thomas at Cell Dogs and asked for help in looking for the owner. Although the group plastered the neighborhood with flyers, no one came forward to claim Holly. The only phone call received was one saying the owners did not take very good care of their dog.

In the meantime, Holly was making slow and steady progress despite the paralysis in her front left leg. She learned to hobble around the vet hospital and seemed to enjoy the company of other dogs. She was one very lucky pup, as Dr. Woods and his staff lavished her with love and affection while she made the best out of her life-changing event. To improve the chances of keeping her leg, acupuncture and laser treatments were also administered. But after consulting an orthopedic veterinarian, amputation was recommended for a more positive long-term prognosis. Dr. Howard Fischer, DVM, kindly volunteered to do the procedure.

Tracking Holly’s recovery, Janette knew that Holly needed a sound plan to get back on her feet and decided she’d be a good candidate for the OC Probation program. Cell Dogs has trained previous dogs with special needs, but this was a real challenge besides the obvious physical limitations: Holly was suffering from PTSD and emotional insecurities. While fine around assorted pooches and women, she was terribly frightened of cars and fearful around men. So Cell Dogs visited three to four times per week to assist with her post-op physical and emotional rehab program. This process involved lots of short counter-conditioning and desensitization sessions.

After the surgical removal of Holly’s front leg, Cell Dogs brought her into the training program, where she could continue healing. We were happy to see her quickly make friends with the other participating dogs, as well as make real physical progress. Our initial plan was to set aside any basic obedience lessons and simply build Holly’s confidence and emotional stability. Despite that, she was right on track to graduate with the rest of the team! 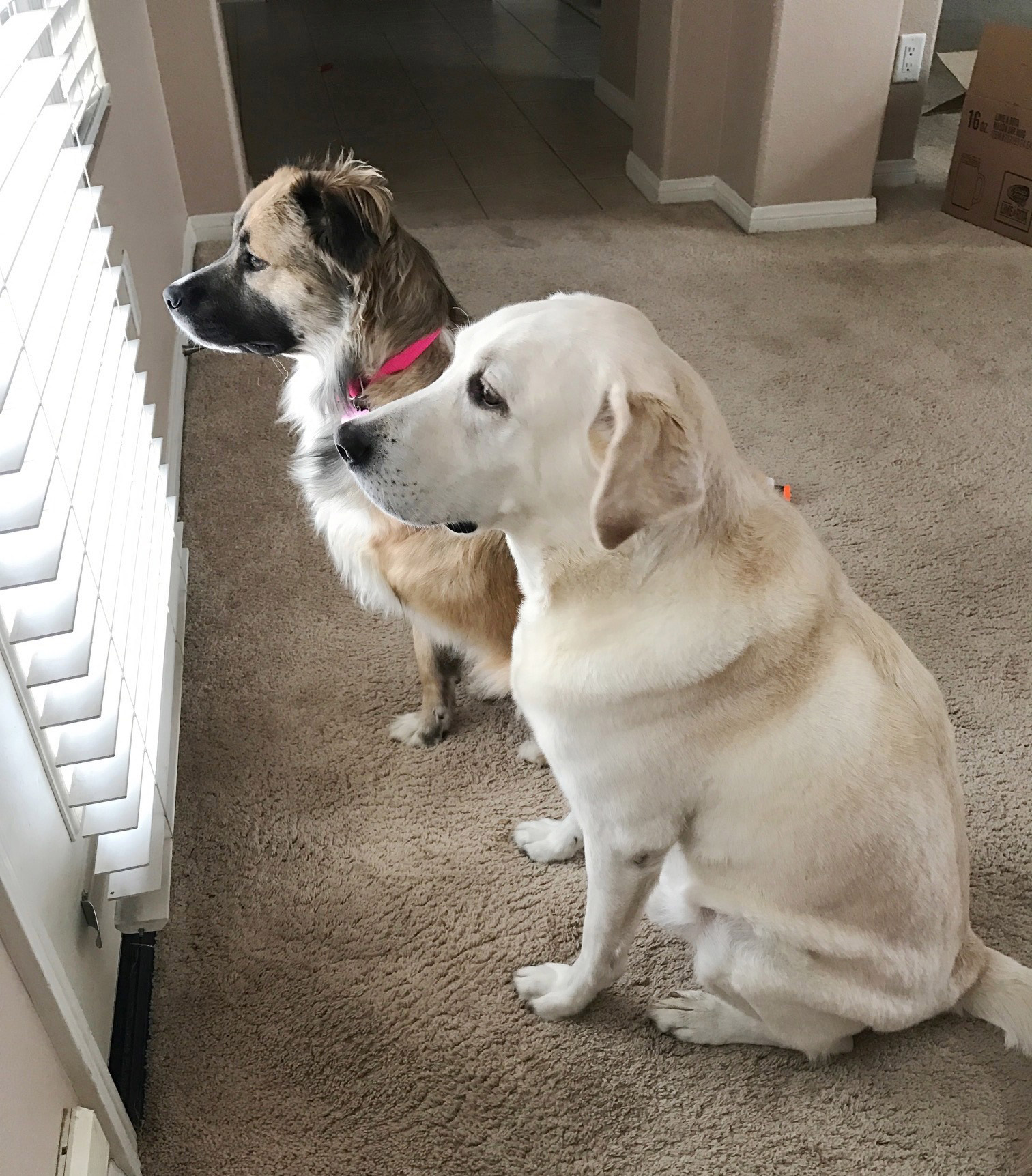 Holly’s unique situation might have discouraged some potential adopters, but one Mrs. Wright responded brightly, “We have two boys with special needs. Why wouldn’t we adopt a dog with special needs?” The Wright family had a dog and three boys (and even a chicken!), and we were curious to see how Holly would react upon meeting them for the first time. It was emotional and magical as they all bonded instantly. On graduation day, many of Holly’s heroes watched her wow the crowd with her newly learned skills.

Each dog that passes through one of our programs has a special story. Holly’s story stands out because the beginning was so unfortunate. But, owing to the overwhelming kindness and generosity of so many people working together, she now has a wonderful life. We would like to thank all of Holly’s heroes once again.