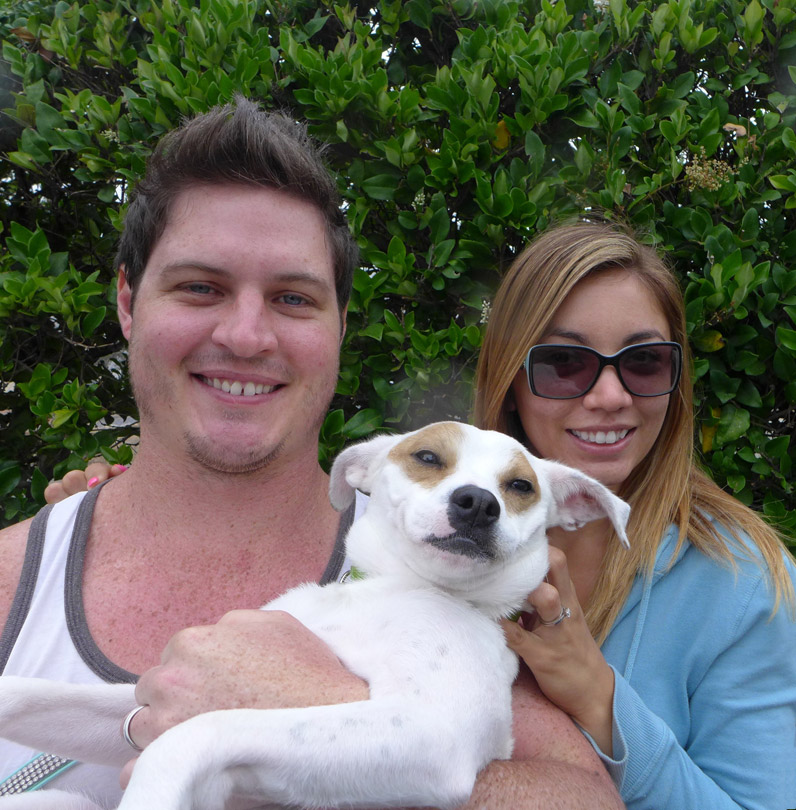 For a young one-year-old pup, Milo has already had quite the life experience! For openers, he was being used as a stud dog for a backyard breeder, and by the time we met him he had fathered two litters.

After some evaluation, we realized he was deaf. The whole middle range of sounds, normal speaking voice, doesn’t exist for him. He can only hear very high-pitched sounds (dogs yipping, pennies in a can) and very low ones (truck rumbles). Since our program dogs are trained to learn commands with verbal cues AND hand cues, this was absolutely not a problem! We added the “thumbs-up” to indicate whenever he followed through on any desired behavior. PLUS a great big smile! Body language communication is important for any dog-human relationship, but we amped this up a bit for Milo. Initially his trainers just thought he was very stubborn until we told them he was deaf. After that, they were even more motivated to learn as much as they could about training deaf dogs to ensure a successful adoption.

Milo’s got a sturdy sense of himself and confidence galore! Despite not being able to hear, he’s very attentive and a quick learner, and he’s always interested in some one-on-one cuddle time. He graduated with flying colors and was adopted by a wonderful couple who found him wandering the streets of Huntington Beach long before he’d entered our program. Thankfully, their dogged determination and the effectiveness of social media brought us together soon after Milo entered our program. He is one lucky puppy, and we couldn’t be happier for him and his new family!